A mixed bag of cultures

My trip to Kuala Lumpur

I stayed in Kuala Lumpur for eleven nights in January 2016. I was originally going to stay for much longer, just doing this and that and relaxing or meditating or something, but it turned out to be not that pleasant a place and I realized I'm not not going to get anything done there anyway. I stayed by a local from whom I had rented a room. It was about 10 kilometers from the Petronas twin towers, but it was the top floor with a city view and it had a really nice pool. See the picture and you get the idea. You could see the twin towers from there, also.

I arrived by bus from Singapore to KL Sentral station. There's pretty much nothing to see on the way, but I did catch a nice sunset over some hills on the rural areas, so it wasn't that bad. Next time I would fly, though, as it's actually just as cheap in some cases. My original plan was to catch the night train, but they get booked days before, so do book early if you're planning on doing that. The first thing one notices when arriving is that Malaysia is indeed a muslim country. There are lady cars in trains, for example. There's also usually a hose in the toilets - I'm not sure if that's because of the religion, but it's nice anyway as washing with water is so much better than scratching with paper.

I took the commuter train to the nearest station and, as usual, I decided to walk the 2½ kilometers to my place. Those were one of the longest kilometers I've walked. One of the first things you notice in KL is that there are usually no sidewalks for pedestrians. It's not a clean city either, and there's a lot of cars and noise. So you are basically walking there next to the cars on the dirty roads. There are no zebra crossings either, not even in the city center. I'd go as far as to say that KL is the most hostile big city for pedestrians I've seen.

Then there's the public transport, or lack of it. It is kind of sad that the current state of buses is after a renewal of bus lines, which supposedly added a lot more routes. The funny thing is, it's hard to find a route map anywhere. On the website they do list bus stop names, but even the locals don't seem to know that much about them, so how could a newcomer? Even the bus drivers have no idea where their buses are going, I once had to just hop on and see. In the end it took me right on my doorstep, but that time I got lucky. Also, the buses apparently stop running around ten in the evening or so. As almost everybody just drives their cars, traffic jams are terrible in the morning and afternoon. In some occasions there are bus lines, but people don't respect them at all. All in all, the traffic is not that organized and certainly not mass transit friendly.

In KL two types of public trains exist: MRT and LRT. One goes more frequently (I guess it's supposedly some kind of a metro, but on the ground) the other might have a 45 minute interval, which is quite bad for city center public transport. The trains also stop running quite early. The two types of trains might also get confusing if you're in a hurry. I was once trying to get to the city center, so I first took a bus, and then I was supposed to take a train. I couldn't find a ticket counter who'd sell me tickets to the LRT train I was trying to catch. The information I got was: "outside". Asking a few more people I finally found out there was apparently another train station by the same name next to the one I was, and the trains left from there. Why it was so hard to guide me there in the first place, I don't know. In the end, I got on the train and arrived in city center. That approximately 10 kilometer journey took me about 1h 20min, and that was with only a little traffic. Too bad cycling in the city would probably be really stressful and walking with no cover is a bit exhausting. 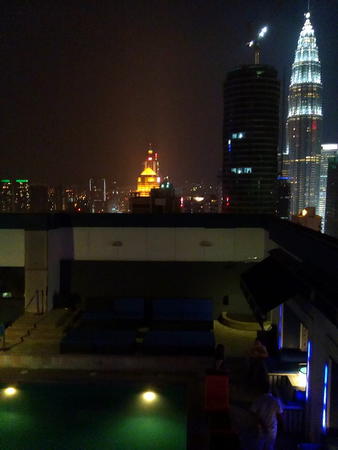 Nightlife is obviously a bit difficult with the bad public transport. The thing is, it's really hard to get even a taxi in the night. Almost none of the guys there would take you off downtown, and the prices they ask are ludicrous. Heroin and cocaine seemed to be more easily obtained from the taxi drivers than a ride. Also, the nightlife sucks. I looked beforehand a few places and tried to find them. One was apparently gone, the other was located in a really shady looking alley, and even the guards downstairs didn't know there was this nightclub on the top floor of the building above them. The place was empty, even if it had one of the best views in downtown KL, with open air pool and everything. The most popular places seemed to be full of Vietnamese and Philippinean ladyboys. At least the place I ended up in had decent enough music.

So, after all this rant, what exactly is there to see in Kuala Lumpur, then? There are the Petronas twin towers obviously, but they're just towers in the end, and I was surprised how cheap they actually look in real life. Some parts inside the building didn't look that good, either. And just try taking a side exit from the building. It looks almost like an old bunker entrance. Then there are the Batu caves. Nothing that fancy there, just a couple of caves and a few monkeys. There are however a couple of interesting rock formations, and luckily it's free, so it might be worth a visit after all.

I think the best part of the city is the botanical gardens, which, again, are a bit off the city center so getting there might turn out to be a small task. I ended up walking in the unpleasant heat and traffic, again. The gardens are really relaxing, though, and there was hardly anybody there. Right next to the gardens is also supposedly one of the world's biggest bird aviaries. It wasn't that spectacular, but you can get a closer look at some fancy looking birds in there. 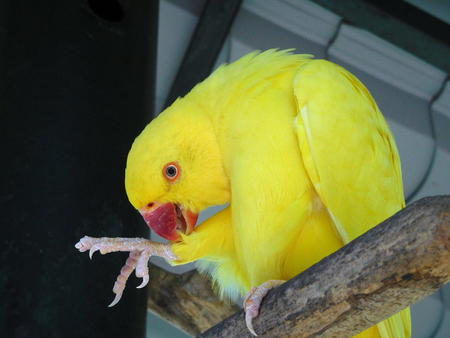 Kuala Lumpur does have somewhat of an international and multicultural vibe to it, which is most clearly visible in the cuisine, which is by the way very good and affordable on average. It's just not exactly yet amongst the cities worth a visit on its own, and I hope they will pay a lot more attention to city design in the future to get there. I did have an incredible time there, but mostly because of the people and stuff I bumped into and the things I did - for example, I was offered a spot in a television commercial and I learned how to swim.

The airport, though, is one of the best I've been to, so transit passengers will probably have a good time.